The Town of Taal is located atop a rolling hill in the province of Batangas. Taal and Lemery are bounded by the Pansipit river. San Luis, San Nicholas and Sta. Teresita are its other neighboring towns 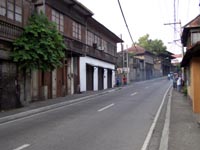 Taal is a small town with lots of historical sights. Witness and feel the old days during the Spanish period. Perceive architecture during the early days.

Basilica of San Martin De Tours or Taal Basilica is the most visited place, because it’s fabled as the biggest in Southeast Asia. One noticeable thing is the church façade of the 17th century style, and the limestone blocks. 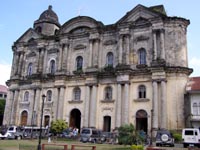 Climb the bell tower where you have a good view of Balayan Bay and Taal Lake.

The Our Lady of Caysasay Church 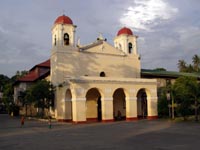 The Our Lady of Caysasay Church is found in Labac. It's only about a kilometer from the Basilica of San Martin De Tours, and could be accessed through hagdan-hagdanan (stairway) by foot. I recommend that you visit the Basilica first and proceed to Caysasay Church if you choose to walk down the stairway. It's easier because you are walking down instead of taking the stairway going up.

The balon (spring well) behind the church is considered miraculous. According to the villagers around the area, the spring water has cured many sick individuals, who used it for bathing. 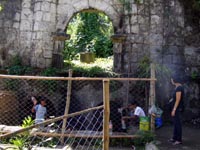 There are stories about disappearance of the statue of Immaculate Conception that has disappeared and comes back the next day. The reason why it is considered miraculous.

Here is an article about the amazing story of the Virgin Mary appearing in Taal Batangas.

Visit Marcela Agoncillo's house in Taal. She was behind the sewing of the first Philippine flag. Along the main roads of Taal are most of the old houses located. Some houses are open for public viewing.

Catch sight of the hard limestone blocks and timber floors that made these houses withstand the natural calamities. 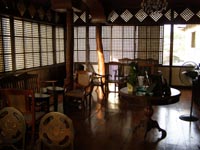 Upon entering the old houses, one will see the interiors of houses during the Spanish colonial era. Antique furnitures during the 17th century, golden mirrors, chandeliers, and vintage personal effects can be seen inside the old houses in Taal.

Take a look at Barong Tagolog (local embroidered shirts) shops around the town. Usually made of jusi or piña cloth with a lot design to fit your style. Shops even offer made to order designs.

Go to Barrio Balisong. Where the balisong (butterfly fun knife) is handcrafted. See how it is made. The roads along the barrio are full of shops that even offer made to order balisong. But be careful if you intend to buy one. It might put you in trouble, especially if you will be traveling. These weapons are considered dangerous, and authorities may apprehend you of illegal possession of deadly weapons.