If you are in the vicinity of Calatagan, and have a fascination in traditional architecture, then Calatagan Lighthouse is a site you should pay a visit.

It can be sighted at Parola in the town of Calatagan, which was change to barrio Bagong Silang in 1995. From the town proper it is about 20 minutes drive and right after barrio Sta. Ana.

The lighthouse is also well known in the Philippines as Punta de Santiago or Faro de Punta Santiago. However, some call it Cape Santiago. So whatever name they call it, all of these names refer to the lighthouse in Calatagan, Batangas. 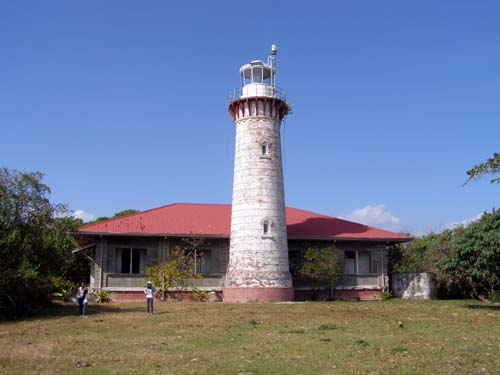 The name Santiago was named after the then owner of the land, Don Santiago Zobel. He personally donated the one-hectare property for the construction of the lighthouse.

Punta de Santiago was put together and started by Magin Pers y Pers in December 15, 1890. On the other hand Guillermo Brockman finished the construction at a later time.

What makes Faro de Punta Santiago unique is its round shape. The lighthouse is coated with white paint. It has the typical plan of a tower, a service and annex buildings, with a fenced courtyard. Found inside the annex building are four living rooms. And the tower is located at the back, which stands at 51 feet high. 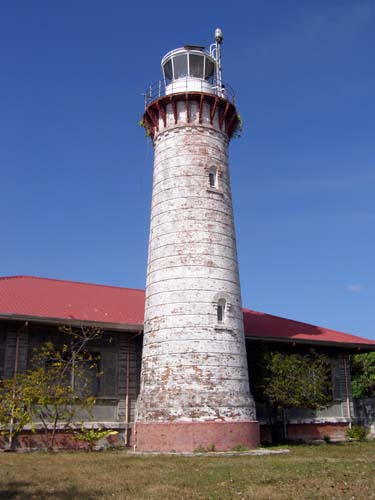 Inside the tower one can establish how old it is. The interiors are made of bricks and hard wood panels. A spiral staircase made of cast iron with 65 steps leads you on top of the lighthouse. Although only a few were able to reach the top, the magnificent sight of the shore with the blue sky was fantastic. Good thing the caretaker Mang Junior was around when we visited. 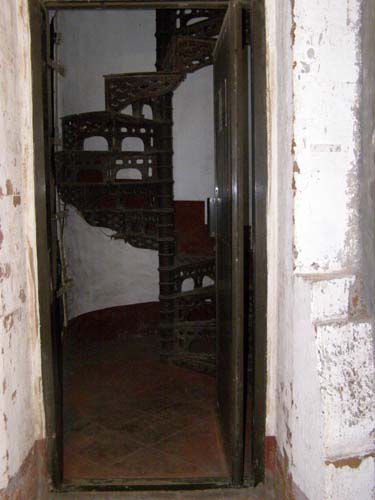 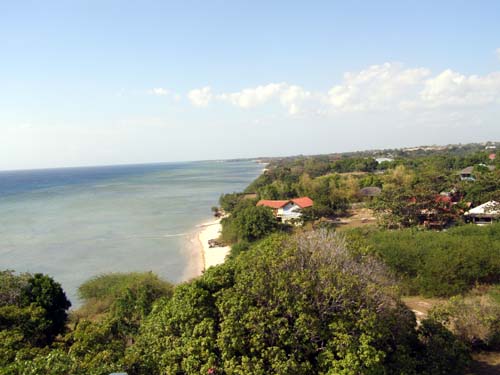 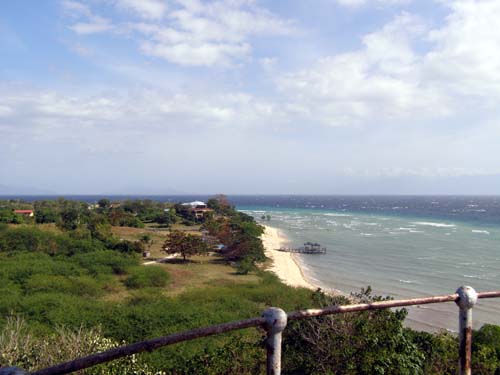 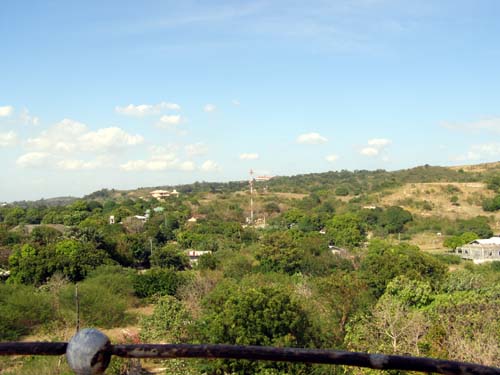 The lighthouse is found to be in good condition. Although, the original gyrating searchlight has been replaced by a weaker light that flashes at a steady time. According to Mang Junior, maintenance cost was the problem and reason why it was replaced. But given the budget for the parts, the original light can be restored.

Behind the lighthouse, is an open rectangular yard, which has a stunning landscape of Balayan Bay. A good place for some fine pictures. 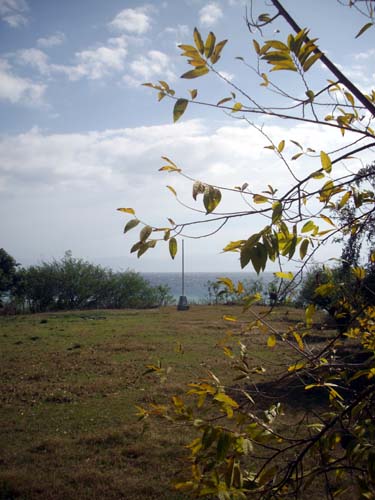 The Calatagan Lighthouse has withstood typhoons, earthquakes and other calamities. And it has even withstood the Spanish, American and Japanese wars. Even today, one can catch a glimpse on the scars of war on its gate’s grills. It is said to be the oldest structure in Calatagan today.

The lighthouse serves as a guide to vessels from Manila heading to the southern islands of Visayas. It also directs ships heading towards Manila, from the San Bernardino Passage. Cape Santiago has provided marine travelers with the highest commitment in this active passageway of the Philippines for more than a century.

Mang Junior has bags of story to tell. (Find time to talk to him.) His grandfather was one of the original caretakers. Even the old tank in front of the service area has a story. According to Mang Junior, the tanks are the storage for diesel fuel for the generators during his grandfather's time.

Sad to say that going to the lighthouse does not have a good road leading to the place. One needs to be careful to get through the unpaved, narrow and winding pathway. And if your vehicle is new, be ready for some scratches from the bristly plants.

In Batangas there are two lighthouses, the other one can be found in the town of Lobo, and called Faro de Punta de Malabrigo. The lighthouse was also said to be built by the Spaniards.